Jérôme Revon is above all a man of images. Passionate about architecture and photography, the artist builds and conceives his works around these two passions. He travels up and down the world’s largest cities to train his camera on streets, buildings, walls and roofs.

Born in 1962, Jérôme Revon grew up, lives and works in Paris. At age 15, he intends to quit school to become a photographer and devote himself exclusively to art. However, upon careful reflection - advised by the high school director -, Jérôme Revon decides to continue his studies. Armed with his high school diploma, he decides to turn the image into the cornerstone of his profession.

At only 22, he produced his first TV programmes, firstly for the sports department of Canal+ and then for other national channels. He then directed various programs such as "Fort Boyard", "Frou Frou", "7/7", "Coucou c’est Nous" or "Capital". Jérôme Revon is also requested to shoot the presidential speeches. Indeed, the images of François Mitterrand, Jacques Chirac, Nicolas Sarkozy and François Hollande will be captured by his camera. Then will follow, among others, the "Victoires de la Musique", the "Molières", the "César", the "FIFA Ballon d'Or", "Envoyé spécial", the presidential elections or the historical debates between Nicolas Sarkozy and Ségolène Royal in 2007, and between François Hollande and Nicolas Sarkozy in 2012, the wedding of HSH Prince Albert of Monaco. In just a few years, Jérôme Revon became one of the most renowned and requested director for live programs. Besides, in 1997, he and his friend Stéphane Gateau created their own production company : R&G Productions.

Despite his talent, in 2008, the renowned producer returned to his first love and took up - without abandoning his job - his attraction to photography, urban landscapes and contemporary architecture of Norman Foster, Frank Gehry, Antoni Gaudí, Richard Meyer or Jean Nouvel, who became his favorite themes. Then his gaze dives into the world of street art. He wants to promote this ephemeral art immortalizing works by talented street artists. In his latest Manhattan explorations, Jérôme Revon also brought back an artistic friendship with JonOne, famous street-artist, trained at the school of Harlem’s streets, now Urban Art superstar.

Jérôme Revon exhibited in numerous galleries and has imposed his style and universe in the world of contemporary photography, particularly thanks to his own technique, that of SPLITS.

The artist has been rewarded with two 7 d'Or: one in 1993 for for providing coverage of Barcelona’s Olympics, and one in 1997 for his TV program "Capital". He was honoured with the orders of Chevalier des Arts et des Lettres in 2007 and received the Moïse Khorenatsi Medal in 2011. Through his own know-how, Jérôme Revon expresses the accuracy of one view of the world. 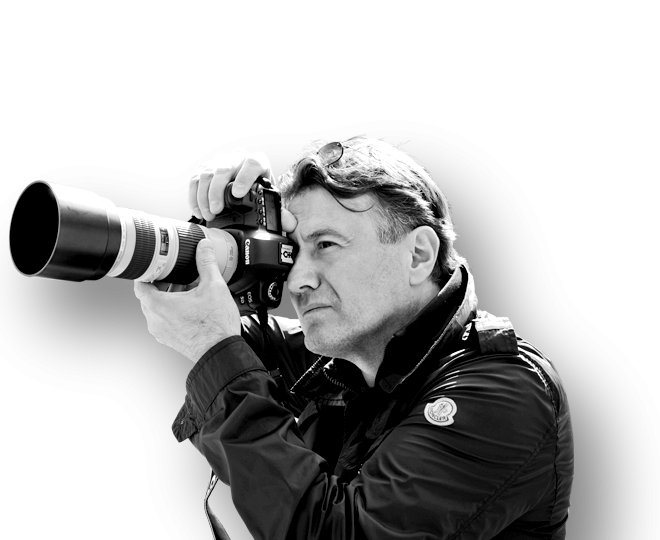